«The Face of Another», by Kōbō Abe 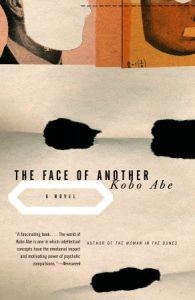 «The Face of Another» (他人の顔) is a novel by Kōbō Abe published in 1964, two years after his most famous novel «The Woman in the Dunes.»

«A plastics scientist loses his face in an accident and proceeds to obtain a new face for himself. With a new ‘mask’, the protagonist sees the world in a new way and even goes so far as to have a clandestine affair with his estranged wife. »

It was adapted into a film in 1966 by Hiroshi Teshigahara. 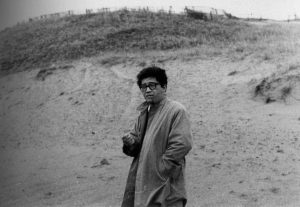 Kōbō Abe (安部 公房) (1924-1993), pseudonym of Kimifusa Abe, was a Japanese writer, playwright, photographer and inventor. Abe has been often compared to Franz Kafka and Alberto Moravia for his modernist sensibilities and his surreal, often nightmarish explorations of individuals in contemporary society.

Literary Gathering: The Face of Another by Kōbō Abe

The Face of Another

The Face of Another

Book reading and discussion about the novel "THE FACE OF ANOTHER" by Kobo Abe, organized by Ciervo Blanco book club in Madrid.