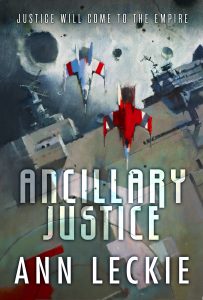 The record-breaking debut novel that won every major science fiction award in 2014, Ancillary Justice is the story of a warship trapped in a human body and her search for revenge. Ann Leckie is the first author to win the Arthur C. Clarke, the Nebula and the Hugo Award for Best Novel in the same year. 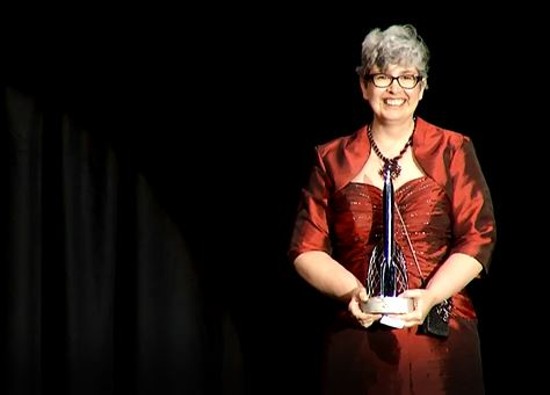 Ann Leckie is the author of the Hugo, Nebula, and Arthur C. Clarke Award winning novel Ancillary Justice. She has also published short stories in Subterranean Magazine, Strange Horizons, and Realms of Fantasy. Her story “Hesperia and Glory” was reprinted in Science Fiction: The Best of the Year, 2007 Edition edited by Rich Horton.
Ann has worked as a waitress, a receptionist, a rodman on a land-surveying crew, and a recording engineer. She lives in St. Louis, Missouri.