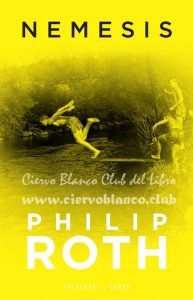 In the “stifling heat of equatorial Newark,” a terrifying epidemic is raging, threatening the children of the New Jersey city with maiming, paralysis, lifelong disability, and even death. This is the startling theme of Philip Roth’s wrenching new book: a wartime polio epidemic in the summer of 1944 and the effect it has on a closely knit, family-oriented Newark community and its children. At the center of Nemesis is a vigorous, dutiful twenty-three-year-old playground director, Bucky Cantor, a javelin thrower and weightlifter, who is devoted to his charges and disappointed with himself because his weak eyes have excluded him from serving in the war alongside his contemporaries. Focusing on Cantor’s dilemmas as polio begins to ravage his playground—and on the everyday realities he faces—Roth leads us through every inch of emotion such a pestilence can breed: the fear, the panic, the anger, the bewilderment, the suffering, and the pain. Moving between the smoldering, malodorous streets of besieged Newark and Indian Hill, a pristine children’s summer camp high in the Poconos—whose “mountain air was purified of all contaminants”—Roth depicts a decent, energetic man with the best intentions struggling in his own private war against the epidemic. Roth is tenderly exact at every point about Cantor’s passage into personal disaster, and no less exact about the condition of childhood. Through this story runs the dark questions that haunt all four of Roth’s late short novels, Everyman, Indignation, The Humbling, and now Nemesis: What kind of accidental choices fatally shape a life? How does the individual withstand the onslaught of circumstance? 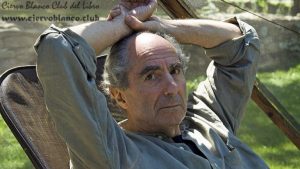 Philip Milton Roth (born March 19, 1933) is an American novelist.
He first gained attention with the 1959 novella Goodbye, Columbus, an irreverent and humorous portrait of American Jewish life for which he received the U.S. National Book Award for Fiction. Roth’s fiction, regularly set in Newark, New Jersey, is known for its intensely autobiographical character, for philosophically and formally blurring the distinction between reality and fiction, for its «supple, ingenious style» and for its provocative explorations of Jewish and American identity.[4] His profile rose significantly in 1969 after the publication of the controversial Portnoy’s Complaint, the humorous and sexually explicit psychoanalytical monologue of «a lust-ridden, mother-addicted young Jewish bachelor,» filled with «intimate, shameful detail, and coarse, abusive language.»
Roth is one of the most awarded U.S. writers of his generation: his books have twice received the National Book Award, twice the National Book Critics Circle award, and three times the PEN/Faulkner Award. He received a Pulitzer Prize for his 1997 novel, American Pastoral, which featured one of his best-known characters, Nathan Zuckerman, the subject of many other of Roth’s novels. The Human Stain (2000), another Zuckerman novel, was awarded the United Kingdom’s WH Smith Literary Award for the best book of the year. In 2001, Roth received the inaugural Franz Kafka Prize.

You can download Nemesis by Philip Roth ePub file in our digital editions download page (only registered users).

[…] up the story. The characters where so good that the entire novel was worth it because of them. And the book discussion we had at Ciervo Blanco made the book even better in retrospective. Philip Roth has a new fan on me and he’s famous and acclaimed for a […]

Hi. To the ones who came to this discussion, I just saw a picture and a story that reminded me of Mr. Cantor’s last decission:­ This is the explanation for that pic: «Australian ex-model Turia Pitt suffered burns to 65 per cent of her body, lost her fingers and thumb on her right hand and spent five months in hospital after she was trapped by a grassfire in a 100 kilometre ultra-marathon in the Kimberley. Her boyfriend decided to quit his job to care for her recovery.» More: “When Turia was in intensive care after her accident, I went out… Read more »