‘Flowers for Algernon» by Daniel Keyes 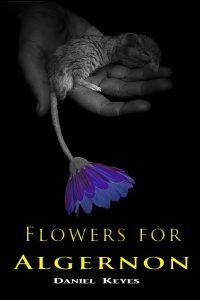 With more than five million copies sold, Flowers for Algernon is the beloved, classic story of Charlie Gordon, a mentally disabled man Charlie Gordon, a mentally retarded thirty-two-year-old man, chosen by a team of scientists to undergo an experimental surgery designed to boost his intelligence. Alice Kinnian, Charlie’s teacher at the Beekman College Center for Retarded Adults, has recommended Charlie for the experiment because of his exceptional eagerness to learn. In poignant diary entries, Charlie tells how a brain operation increases his IQ and changes his life. But the effects tragically wear off. 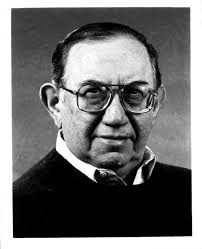 Daniel Keyes was an American author best known for his Hugo award-winning short story and Nebula award-winning novel Flowers for Algernon. Keyes was given the Author Emeritus honor by the Science Fiction and Fantasy Writers of America in 2000.

Keyes was born in Brooklyn, New York City, New York. At age 17, he joined the U.S. Maritime Service as ship’s purser. He obtained a B.A. in psychology from Brooklyn College, and after a stint in fashion photography (partner in a photography studio), earned a Master’s Degree in English and American Literature at night while teaching English in New York City public schools during the day and writing weekends.

In the early 1950s, he was editor of the pulp magazine Marvel Science Fiction for publisher Martin Goodman. Circa 1952, Keyes was one of several staff writers, officially titled editors, who wrote for such horror and science fiction comics as Journey into Unknown Worlds, for which Keyes wrote two stories with artist Basil Wolverton. From 1955-56, Keyes wrote for the celebrated EC Comics, including its titles Shock Illustrated and Confessions Illustrated, under both his own name and the pseudonyms Kris Daniels, A.D. Locke and Dominik Georg.

You can download Flowers for Algernon by Daniel Keyes ePub in our digital editions download page (only registered users).

[…] thinking how good could have been that initial idea developed if other author had played with it. So the novel was a total disappointment. But oh, well, I still enjoyed it. So […]