Book Reading and Discussion in English about the novel The talented Mr. Ripley by Patricia Highsmith 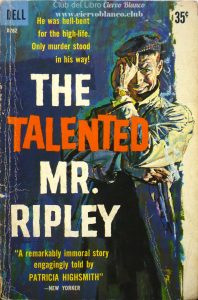 Tom Ripley is a young striver, newly arrived in the heady world of Manhattan. A product of a broken home, branded a «sissy» by his dismissive Aunt Dottie, Ripley meets a wealthy industrialist who hires him to bring his playboy son, Dickie Greenleaf, back from gallivanting in Italy. Soon Ripley’s fascination with Dickie’s debonair lifestyle turns obsessive as he finds himself enraged by Dickie’s ambivalent affections for Marge, a charming American diletante. 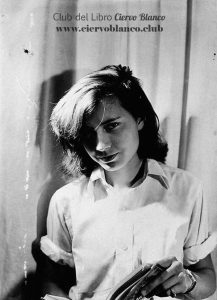 Patricia Highsmith (January 19, 1921 – February 4, 1995) was an American novelist and short story writer, most widely known for her psychological thrillers, which led to more than two dozen film adaptations. Her first novel, Strangers on a Train, has been adapted for stage and screen numerous times, notably by Alfred Hitchcock in 1951.Although she wrote specifically in the genre of crime fiction, her books have been lauded by various writers and critics as being artistic and thoughtful enough to rival mainstream literature. Michael Dirda observed, «Europeans honored her as a psychological novelist, part of an existentialist tradition represented by her own favorite writers, in particular Dostoyevsky, Conrad, Kafka, Gide, and Camus.»

According to her biography by Andrew Wilson, Beautiful Shadow (2003), Highsmith’s personal life was a troubled one; she was an alcoholic who never had an intimate relationship that lasted for more than a few years, and she was seen by some of her contemporaries and acquaintances as misanthropic and cruel. She famously preferred the company of animals to that of people and once said, «My imagination functions much better when I don’t have to speak to people.

You can download The talented Mr. Ripley by Patricia Highsmith ePub in our digital editions download page (only registered users).

Hi everyone, the meeting time has been changed from 17:00 to 18:00 pm at Nagamat c/Huertas 59.
The place is a little bit cool, so I recommend you take a jacket just in case.

Apologies for any inconvenience.

Hi everyone, the meeting time has been changed from 17:00 to 18:00 pm at Nagamat c/Huertas 59.
The place is a little bit cool, so I recommend you take a jacket just in case

Apologies for any inconvenience.