‘The Canterville Ghost’, by Oscar Wilde

Book discussion in English about the novel ‘The Canterville Ghost’, by Oscar Wilde

Ciervo Blanco Book Club organizes in Madrid a free book discussion in English about the novel  ‘The Canterville Ghost’, by Oscar Wilde

The story is about an American family who move to a castle haunted by the ghost of a dead nobleman, who killed his wife and was starved to death by his wife’s brothers. At first, none of the Otis family believe in ghosts, but shortly after they move in, none of them can deny the presence of Sir Simon de Canterville . The family hears clanking chains, they witness reappearing bloodstains on the floor just by the fireplace, which are removed every time they appear in various forms. But, humorously, none of these scare the Otis family in the least. In fact, the ghost, somehow, ends up depressed…

The Canterville Ghost is a novella by Oscar Wilde. It was the first of Wilde’s stories to be published, appearing in two parts in The Court and Society Review, 23 February and 2 March 1887.
It has been adapted for the stage and screen several times. 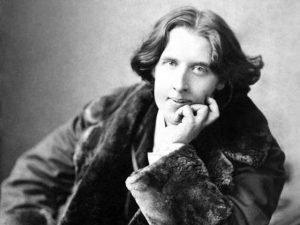 Oscar Fingal O’Flahertie Wills Wilde (16 October 1854 – 30 November 1900) was an Irish poet and playwright. After writing in different forms throughout the 1880s, he became one of London’s most popular playwrights in the early 1890s. He is best remembered for his epigrams and plays, his novel The Picture of Dorian Gray, as well as the circumstances of his imprisonment and early death.

Book discussion about the novella THE CANTERVILLE GHOST by OSCAR WILDE, organized for free in Madrid by Ciervo Blanco Book Club.