‘The Fifth Child’ by Doris Lessing 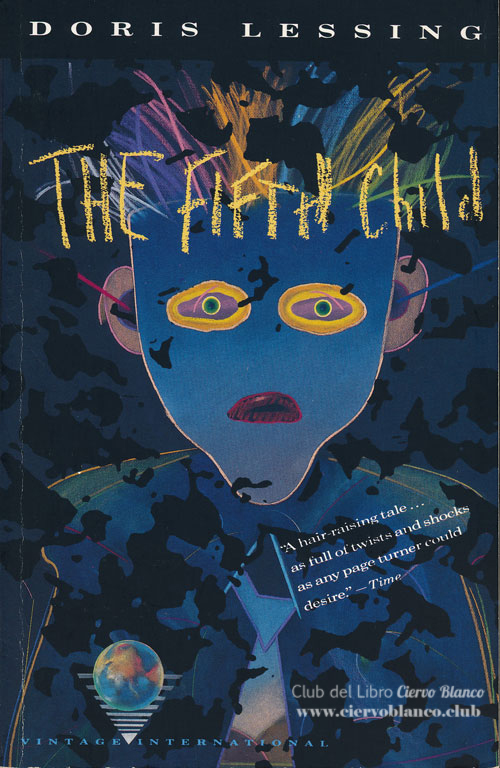 The Fifth Child is a short novel by the British writer Doris Lessing, first published in the United Kingdom in 1988, and since translated into a number of languages. The book describes the changes in the happy life of a married couple, Harriet and David Lovatt, which occur as a consequence of the birth of Ben.

When David Lovatt meets Harriet at an office party, they both immediately fall in love. They both share the same conservative outlooks, which they perceive to be a rarity in the London of the 1960s.

The two marry and purchase a large house in a small town within commuting distance of London. The couple both intend to have several children, a wish frowned upon by the rest of the family. By the time they have four children, two boys and two girls, their house becomes a centre of joy not only for them but for all their relatives and friends who come and visit. This continues until Harriet has a fifth, wildly dysfunctional child, Ben. Her painful pregnancy with him marks the beginning of the misery and suffering that this child brings to the whole family. 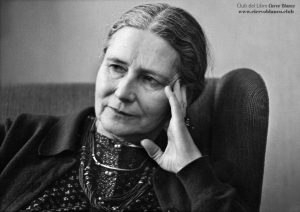 Lessing was awarded the 2007 Nobel Prize in Literature. In awarding the prize, the Swedish Academy described her as «that epicist of the female experience, who with scepticism, fire and visionary power has subjected a divided civilisation to scrutiny».Lessing was the eleventh woman and the oldest person ever to receive the Nobel Prize in Literature.

In 2001, Lessing was awarded the David Cohen Prize for a lifetime’s achievement in British literature. In 2008, The Times ranked her fifth on a list of «The 50 greatest British writers since 1945».

You can download The fifth Child by Doris Lessing ePub in our digital editions download page (only registered users).

Literary gathering about the novel "The Fifth Child" by Doris Lessing organized by the Ciervo Blanco Bool Reading and Discussion Club in Madrid.
18/04/2015
18:00
Subscribe
Please login to comment
0 Comments
Inline Feedbacks
View all comments
Login
Back to Login